How to Be Australian

When Ashley persuades her new husband Steve to leave snowy Canada and join her for a year Down Under, she looks forward to an easy transition. After all, Australia’s just Canada with more sunshine and strange animals, right?

But they soon discover things aren’t so simple. Steve struggles to settle, and Ashley fears he will come to regret both the move and the marriage – especially after she loses her wedding rings on Bondi Beach. Baffled, homesick and increasingly anxious (in a land renowned for ‘no worries’), she is preparing to return to Canada when Steve shockingly announces that he wants to stay in Australia. Forever.

For the sake of her marriage and her happiness, Ashley must find an Australia she can belong to: she decides to travel the country, learn its history, decode its cultural quirks and connect with as many residents as she can meet. How to Be Australian is a remarkable memoir, at once familiar and faraway, that shines a fresh, funny and fascinating light onto the country we think we know.

Identity is a journey that we must constantly learn to navigate. 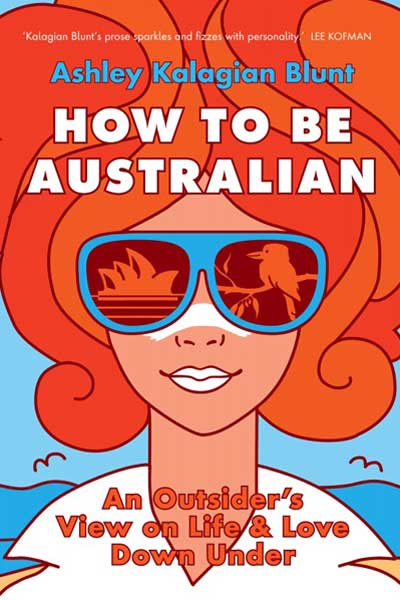 Book title: How to Be Australian

Since moving to Australia, my husband and I have developed a private ritual. Whenever we hear a kookaburra call, no matter how far in the distance, we freeze – and often stop talking mid-sentence – to take in the sound. It makes our day. After, one of us invariably says to the other, ‘They’re laughing at you.’ This isn’t technically part of the ritual, but it may as well be.

I chose the theme of identity because the more I wrote about my experiences in Australia, the more I realised I was writing not only about the journey of becoming Australian, but also about the challenges of transitioning through onset adulthood and settling into marriage and career.

In addition to completely changing the approach to the book during its writing, I faced two major obstacles during the five years from idea to publication – one good, one bad. First, I was accepted into a master’s program, which resulted in spending over a year working on a different project. I wasn’t expecting to be accepted into the program, or coaxed in with a full scholarship, so I considered it an interruption to my work on How to Be Australian. (That interruption evolved into my first book, My Name Is Revenge.)

When I finished the master’s program, I was excited to get back to my manuscript. A few months later, however, I was diagnosed with a chronic illness, and was so sick I could barely get out of bed for weeks. I am still recovering. While the illness has slowed me down considerably, it has also made me understand how important writing and the writing community are to me.

I was very lucky in that the excellent team at Affirm Press took on my manuscript, and so I was able to work with their editors. I love getting feedback from both readers who understand writing – such as my fantastic writers group – and editors. Their comments and suggestions give me insight into my work and how to improve. So I was very happy to work with Affirm on the edits. They initially gave me a summary of broad changes they’d like to see. Based on those suggestions, I cut 10,000 words and wrote 19,000 new ones in five weeks. Having direction and guidance made me incredibly productive. Then we worked through a structural edit, pruning back those new scenes and reorganising some of the text, and ended with a copyedit, in which the editor diligently tried to cut my bad jokes, and I insisted on slipping a few back in. It was amazing to see the manuscript transform so much further beyond what I could have achieved on my own.

Well, my first book was a thriller novella paired with essays blending history, memoir and interviews. How to Be Australian is a memoir, and that is one of the genres I feel most comfortable with. But I also write book reviews, and for a while (before I got ill), I even wrote and performed stand-up comedy.

I’ve always read crime books, going all the way back to one of my first literary loves, Nancy Drew and the Hardy Boys. Writing my thriller novella, My Name Is Revenge, taught me a lot about the tension and pacing necessary to pull off good crime writing. Now, I’m working on a psychological thriller set in Sydney. But I suspect I’ll return to memoir again in the future. 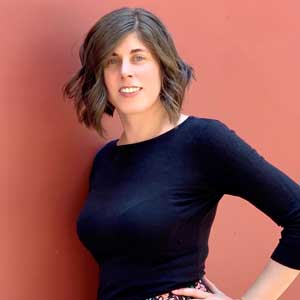 Ashley Kalagian Blunt is the author My Name Is Revenge, which was shortlisted for the 2019 Woollahra Digital Literary Award and was a finalist in the 2018 Carmel Bird Digital Literary Award. Her writing appears in Griffith Review, Sydney Review of Books, Westerly, the Australian, the Big Issue and Kill Your Darlings, and her work has been shortlisted for the 2018 Impress Prize and the 2017 Kill Your Darlings Unpublished Manuscript Award. Ashley is a Moth StorySLAM winner and has appeared at Story Club, the National Young Writers’ Festival, and Sydney Writers’ Festival.