How to use a semicolon 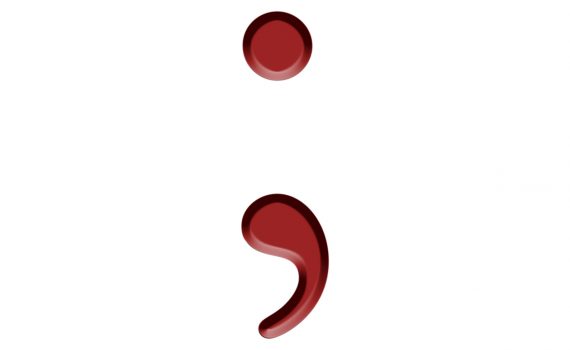 How to use a semicolon

Advice given is based on the Australian Style Manual (ASM).

Semicolons are probably the most misused punctuation mark.

If you don’t know how to use a semicolon, you’re not alone. Love them or hate them, some writers regularly confuse semicolons with commas, most likely because they’ve never been taught the correct usage.

While commas can be a bit slippery – editors sometimes disagree over whether one should stay or go, especially in fiction – the wonderful (I love its elegant little tail) semicolon has only three distinct uses. Once you’ve grasped those three concepts, you’ll find them much easier to use correctly.

Three ways to use a semicolon

Note: An independent clause is a sentence that can stand alone. It’s sometimes called a main clause.

These are two independent clauses with their own subjects and verbs. Each clause could stand alone if you decided to use a full stop instead.

Correct: For Joe, jogging had long ago lost its appeal; his waistline now paid the price.

Here we have two independent clauses. Each can stand on its own. Perfect!

Incorrect: For Joe, jogging had long ago lost its appeal; his waistline now paying the price.

Here, we have an independent clause followed by a subordinate clause, which has a subject and finite verb phrase (paying the price), but again it doesn’t make any sense without being attached to its independent clause.

A simple fix would be to add a comma and conjunction as follows:

Correct: For Joe, jogging had long ago lost its appeal, so his waistline now paid the price.

*Note: Conjunctive adverbs are always followed by a comma.

To avoid confusion, a semicolon helps to separate items that carry their own punctuation.

Correct: Mary went shopping and bought a blue tote bag; a bright-orange, square beach towel; a pair of sandals, which gave her a blister; and two pairs of funky sunglasses, each with a different design.

As you can see, some items within the list carry their own punctuation:

Incorrect: Mary went shopping and bought a blue tote bag; a bright-orange bag; a beach towel; a pair of sandals; and two pairs of funky sunglasses.

In this example, commas would be a better choice of punctuation.

Note: when using semicolons to separate complex lists, the last item always has a semicolon and an ‘and’. 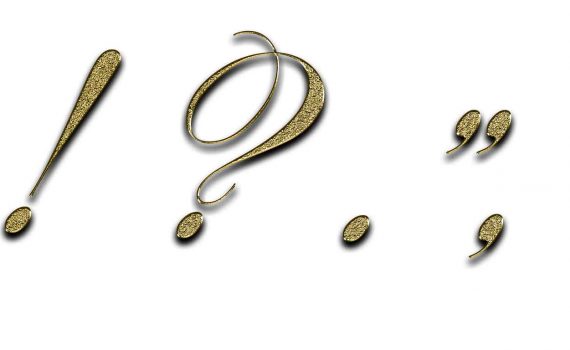 Advice given is based on the Australian Style Manual (ASM).

Dialogue punctuation is an area of fiction writing that often baffles new and experienced authors alike.

Here you will find simple explanations on how to punctuate and lay out your dialogue, plus the difference between direct dialogue, indirect dialogue and internal dialogue.

Single and double quote marks (also known as quotation marks) vary from country to country and publishers usually have the final decision to fit their in-house styles. Generally, Australian and UK publishers prefer single quotes, whereas US publishers prefer double, though this can still vary. The main thing is to be consistent in your choice. It’s easy enough to complete a Find/Replace in Word if you eventually decide to switch. I have used single quote marks in these examples, but you can use your own preference.

What goes inside dialogue quote marks?

Only two things should be placed within dialogue quote marks:
A. What a character says out loud (direct speech)

‘Don’t sit there. The paint’s still wet,’ he said.

What goes outside dialogue quote marks?

Dialogue tags  (said, asked, called, murmured, yelled etc.)
Dialogue tags are used to flag which character is speaking and often help the reader understand the tone of the character’s dialogue.

Action tags (an action the character does)

Action tags are used to flag which character is speaking, and sometimes to aid characterisation. They can also provide an alternative to repetitive dialogue tags.

She shook her head. ‘It’s not the same.’
‘It’s over here.’ Tom pointed to the shelf.

but when using both an action and a dialogue tag:

She shook her head and said, ‘It’s not the same.’

If it’s clear which character is speaking, it’s not necessary to use a tag at all.

David and his brother stood looking at the broken window while their father glowered. ‘Which one of you kids did this?’

Direct speech is dialogue spoken aloud and is enclosed in quote marks:

Indirect speech is reported speech and does not require quote marks.

Jason said he would be there, but Susan had her doubts.

Internal Dialogue is the equivalent of thought and requires no quote marks.

Mark wondered if this was such a good idea. What if it all went wrong?

When dialogue is interrupted by either an action or thought, use em dashes to set off the interruption, but do not use commas.

‘When I applied for this job’—she pursed her lips to calm herself—‘you said you would support me.’

‘Take three drops of rose oil’—he wondered if he had the amounts right—‘and blend it with the other ingredients.’

I should have eaten when Mum offered—now that my stomach is grumbling—but I hadn’t been hungry then.

Interruption by another character’s dialogue

Gerry grabbed his satchel and turned to Kathy, who was balancing the cash register. ‘So when you’ve finished doing that, you’ll—’
‘Yes, yes. Bank the takings, and lock up the shop,’ she said. ‘Get going or you’ll miss your train.’

When a character trails off their speech, use an ellipses with one space prior.

Mary’s brow furrowed. ‘I don’t know what I was thinking. Maybe if I …’ She bent to pick up the broken plate, then sat on the kitchen stool weeping.