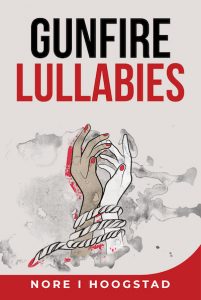 Jakarta, 1998. Junior Australian diplomat Ava Vuyk is on her first overseas posting when she’s assigned the conflict-ridden issue of East Timor with its twenty-three year independence struggle. The new Indonesian regime announces a vote in which the East Timorese will choose their future, but the military and local militia oppose it, launching a brutal campaign of terror and destruction. Amid the turmoil, Ava must decide whether she’ll gloss over the spiralling violence as her domineering ambassador demands, or report the truth in the hope the Australian government will intervene.

In East Timor, teenage farmer Isabel is kidnapped by militia leader Gabriel as his sex slave after her brother escapes into the jungle rather than join his group. Alone but hopeful, she waits to be rescued. When a human rights group asks her to spy on Gabriel, she’s seduced by the promise she’ll be reunited her with her family.

Gunfire Lullabies is a gut-wrenching fictionalised account inspired by real life events that won’t fail to fascinate and enthral.

Tell us something about yourself that not many people know. I’ve tried my hand at just about everything, from being a dancer, cleaning houses and demonstrating cheese at supermarkets to studying art and baking. While some people have told me this has made for an interesting life and they wish they’d tried more things, I’ve felt lost and frustrated at times.

Why did you choose the themes in your book and were you aware of them from the start? It took a while for the themes in my book to become clear. Initially I knew my themes sat around what war does to people. In time it became clearer that the real theme was what people will or won’t do for truth and freedom when faced with difficult and life-changing choices. For me these questions are timeless.

How difficult was it for you to write this book? Did you face any obstacles? I wrote three different versions of this book over a number of years until I was happy with the one I published. I hadn’t written fiction for years so the first version was more like non-fiction, with the second being a more experimental non-sequential version set in the future and looking back, and the third being a more linear and literary fiction version. The other challenge and delay I experienced was that I had two publishing offers, but the one I chose didn’t work out and is still tied up in legal action. This delayed publication by several years. It’s been quite a process!

Do you always write in this genre or do you like to break out of the box? I seem to write about freedom, a theme that continues to rear its head, even in today’s relatively peaceful world. For me, politics is inescapable as it influences most aspects of our lives, whether we choose to focus on it or not.

What are your writing habits or idiosyncrasies? My writing habits are that if I haven’t written for even two days, it takes my until around 2pm the next writing day to get going, with the rest of the day being filled with procrastination and avoidance, which is really about me getting into a creative mindset. I’m best if I write something every day, but that is rarely possible these days. I tend to write for two to three days at a time, then put my book down for a while due to other demands.

What would you do differently next time? I would get more manuscript assessments done along the way rather than use editors. I would also wait to approach publishers until I had a better version to put in front of them.

With hindsight, what would you say to yourself as a fledgling writer? I would tell myself that the way I wrote and came to publish my novel was perfect because there is no one right way. I would also say that while being responsive to constructive criticism and learning about the craft of writing is important, maintaining creative integrity is equally vital or you risk your work trying to please everybody and not being true to itself.

If you worked with a professional editor, what was the experience like? I worked with several editors and some experiences were great and others were terrible. None of them were cheap. I now realise my manuscript was nowhere near ready to be edited when I hired my first editor, and I feel I was exploited. Later on I paid a different editor/mentor for guidance, and while I was very clear about what I wanted, it turned out she had no understanding of my genre and could not provide me what I paid for. More recently I worked with a fabulous editor who was constructive, helpful and worth every cent. As I mentioned before, I believe manuscript assessments to be a superior developmental tool, with an editor coming in later. In the end, these experiences were all part of my process of learning to write a good novel.

What’s next for your writing? I am picking up a novel I began writing years ago that is morphing into an allegory for the current choices we face around privacy and freedom. It’s interesting how this theme permeates time. I also want to write a non-fiction book around food and health that’s aimed at self-healing as so many people feel disempowered by ‘science’. 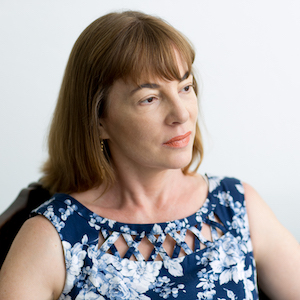 Nore Hoogstad is a former diplomat, political advisor and press secretary to a shadow foreign minister, and corporate communications consultant.

Nore has always had a passion for words, stories and languages. She won prizes for writing as a child, and later studied creative writing one-on-one with Gail Jones after which she published short stories. In 2014, she was selected for the Hardcopy development program for emerging writers.

Nore lives in Sydney by the beach with her partner and fur babies. Her two children are all grown up. She works as a Nutritional Therapist and is currently writing her second novel.