A brutal murder. A wartime promise. A quest for the truth.

No matter how far you run, the past will always find you.

Juliet’s elderly grandparents are killed in their Adelaide home. Who would commit such a heinous crime – and why? The only clue is her grandfather Karl’s missing signet ring.

When Juliet’s estranged sister, Lily, returns in fear for her life, Juliet suspects something far more sinister than a simple break-in gone wrong. Before Juliet can get any answers, Lily vanishes once more.

Juliet only knew Karl Weiss as a loving grandfather, a German soldier who emigrated to Australia to build a new life. What was he hiding that could have led to his murder? While attempting to find out, Juliet uncovers some disturbing secrets from WWII that will put both her and her sister’s lives in danger …

Gripping. Tense. Mysterious. Inheritance of Secrets links the crimes of the present to the secrets of the past and asks how far would you go to keep a promise?

A contemporary thriller with a historical thread set in the WWII era, Inheritance of Secrets is more than a mystery. It’s about family, love and loyalty and trusting yourself when everything you know is being torn apart. Themes of war, migration and secrets as well. 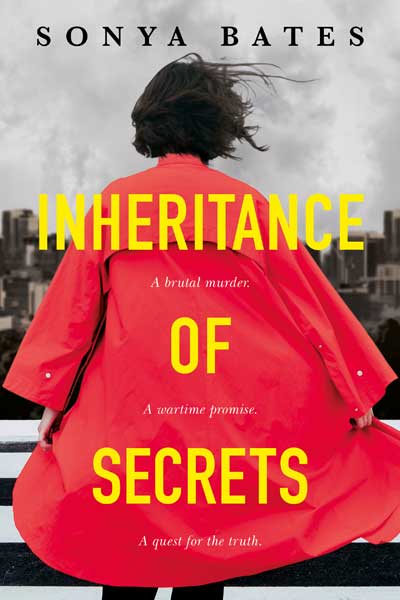 The fact that letters feature in Inheritance of Secrets is no accident. I love letters – the physical kind that come in the post – and I’ve kept many of the letters and notes I’ve received over the years. Especially those I received from my husband before we were married, when he lived in Australia and I lived in Canada. We wrote back and forth for almost a year, each letter taking 10 days to make its way across the world. With phone calls costing about $2 per minute, it was our main form of communication.

I didn’t consciously choose the themes. The story started with the character of Karl, and I knew, based on that character, that at least some of the story would revolve around war and migration. He was, after all, a former German soldier who had fought in WWII. The themes of secrets and family and loyalty and trust came with the development of Juliet’s story – the contemporary section of the novel. Family and loyalty have always been important to me, and feature in a number of my children’s books as well. But it’s not something I set out to write about. I get the story down first, usually based on a character or a scene I can see in my head, then look back and see what themes have arisen.

Between researching, writing and editing, it took a long time to write Inheritance of Secrets, but I think the main obstacles were in my own mindset; my lack of confidence in my writing and doubt about my ability to tackle such a large project. I’d never written an adult novel before and never written any historical fiction, so while I’d had success with shorter pieces, this was quite daunting. But the idea didn’t go away, and eventually I capitulated and gave it the time and commitment it deserved. I tackled it piece by piece and had a first draft in ten months. Researching was an ongoing process, and a big learning curve for me, so that may have been one of the most difficult parts – knowing how much detail to put in to make it believable without boring the reader with mundane facts.

Prior to writing Inheritance of Secrets, I’d only written children’s and YA, so this was a big departure from what I’d written before. I’d also never written any historical fiction. But having said that, my writing often incorporates mystery or suspense in some form, so writing a crime thriller was more of a natural progression of my writing style. I’ve found over the years that what I’m writing depends on what’s going on in my life at the time – my interests, my relationships, my work, my health, where I’m travelling and what I’m reading. I’ll follow the idea that grabs me and won’t let go, whatever the genre.

The editing process for Inheritance of Secrets was an incredibly positive experience. Not that everything the editors said about it was positive! Far from it. Nor did I feel positive about everything that was said. But the feedback I got was insightful and constructive and made me look at things in a new light. Questions were asked and suggestions were made, all presented in a way that left it up to me to solve any issue that was brought up. My editor was always available to bounce ideas off of, or just talk through a problem, no matter how big or how small, and usually just the act of talking it through helped me to come up with a solution. It was a lot of work and worth every minute, because the end result – the final version of the book – is so much more than it was before editing, and so much more than I could have made it on my own no matter how long I fiddled with it. I also believe I’ve learned a lot as a writer through this process, and hopefully that will show in my future writing.

I’m working on another adult crime novel. Another mystery that involves two timelines. I can’t say much more about it than that, mostly because I don’t know too much about it. I know what happens at the beginning, and I can see the climax and the ending, but, as with Inheritance of Secrets, the middle will reveal itself as I’m writing. It’s perhaps not the ideal way to write a mystery, but that seems to be the process that works for me. 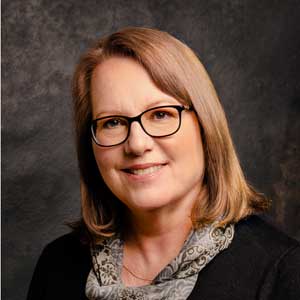 Sonya Bates is a Canadian writer who has made South Australia her home since 1997. She studied linguistics at the University of Victoria before obtaining a master’s degree in speech-language pathology at Dalhousie University in Halifax, Canada. Having worked with children with communication difficulties for over twenty-five years, she now enjoys sharing her knowledge with speech pathology students as a part-time clinical educator. When her two daughters were young, she started writing for children and has published several children’s books. Her debut adult novel, Inheritance of Secrets, was shortlisted as an unpublished manuscript in the inaugural Banjo Prize in 2018.