Twenty-eight year old Katie Cook lands her dream job in the world of professional tennis. It was like being invited to the Academy Awards, except they were all wearing branded tracksuits. Katie finds life in Sydney to be not quite measuring up and makes the move to follow her childhood obsession with professional tennis, running away to join this circus of a world and finding work as a publicist.

Racing around the globe faster than a Contiki tour, creating internet scandals wherever she goes, Katie is seduced by the appearance of glamour and her weakness for bad boys. She falls for one of the troubled champions and starts a trending relationship. With an archenemy placing social media bombs in her way and hashtags haunting Katie in her sleep, she navigates her way through a series of social media and love crises.

Katie has some decisions to make. Does she want a hero or a career? Will she end up happily ever after? What does that even mean? One thing is for sure, she will never schedule an Instagram post again! #Girlscanbeheroestoo.

The story is written by a tennis insider and has been described as The Devil Wears Prada meets the exciting world of professional tennis.

Not Quite 30-Love is about following your passion and fulfilling dreams. It focuses on career, love and friendship. It’s about believing in yourself, but not blindly. Listen and learn and grow. It’s not all fun, but it is worth it. 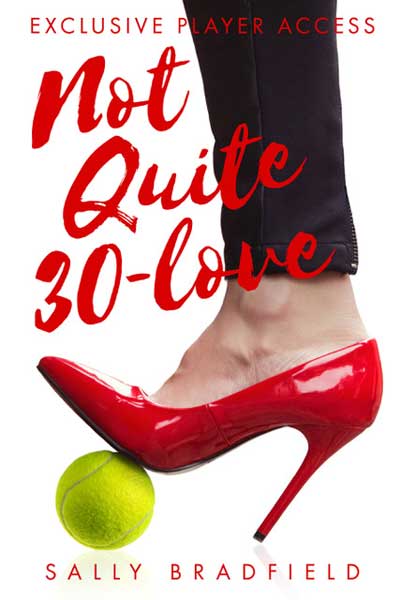 Book title:  Not Quite 30-Love

This is a hard one, because I have blogged and tend to spill my guts to anyone who is listening – or I can rope into listening!! Maybe that I really want to learn another language fluently (French of course). But I’m not sure I can squeeze another thing into my brain at the moment.

Originally, I wanted to write a book about life on the tennis circuit and show people a world they didn’t know. While Not Quite 30-Love does do that, the themes of self-exploration and following your dreams materialised as the book’s protagonist, Katie Cook grew. Her mistakes frustrated me, but her willingness to learn inspired me. So no, the themes came from Katie – she’s very pushy!

It was very difficult. Not the first draft, or maybe even the second, but when I rewrote it entirely to be set in the current day (it was originally set twenty years ago) that was a whole new world of social media and complications. I also killed a lot of darlings in the book. Ripped out large chunks several times. In fact in the last few days before committing to the final draft, I ripped out another 10,000 words. Once done, that was easy. But it was hard to hit that delete button!

I write fast. Then I have to go back and make a lot of alterations. It’s the only way for me. I rarely agonise over a sentence the first time around. Exercise really helps me. When I run or walk the dog or something else that gets the blood pumping, I come up with solutions or ideas. I use my Apple watch to record them. The playbacks have lots of huffing and puffing in them!

Also, I need my dog to be asleep in the room when I write. She is the ultimate writing companion.

What would you do differently next time?

I would not show publishers the drafts so early. I’ve learnt a lot about structure from this book, and I showed people too soon and burnt bridges. You can’t keep pitching the same book to the same people. Make the book ready so that they are hooked the first time.

Yes, I did, and it was an amazing experience. Funnily enough I found myself arguing with a document. We did it all on Word with track changes and a few emails – after an initial phone conversation. I found myself getting annoyed with the feedback. That’s when I knew she was onto something!

I’m just finishing my first draft of a novel again based around tennis, but this time it’s a crime/thriller (murder on the tennis tour). 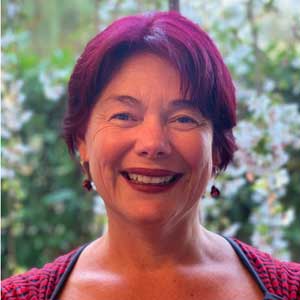 For almost twenty years Sally Bradfield has worked with the who’s who of professional tennis.

She has travelled the globe working as a Communications Manager/publicist for the WTA Tour. She worked alongside Venus and Serena Williams, Maria Sharapova, Martina Hingis, Monica Seles, Anna Kournikova and hundreds more.

Subsequently she joined the men’s tour as Brand Manager for the ATP. She ran major events with Roger Federer, Andy Murray, Rafael Nadal, Novak Djokovic and many other household names.

Wanting to leave the suitcases and hotels behind, Sally settled back in Australia with her retired tennis champion partner, Nicole Arendt. Together they live in the Blue Mountains in NSW running tennis and fitness businesses.